Measuring made for eMobility

The standard powermeters on the market were originally designed to measure an electrical signal with a fixed frequency – like in a domestic network – with great accuracy. In an electric vehicle being driven at different speeds, new constraints appear as a vehicle on the road will necessarily have to accelerate, brake and stop. To fully develop and validate an electrical propulsion system, it is important that not one element of the various transient phenomena is lost, including those which take place within each rotation of the motor. This is why FEV created the OSIRIS™ Powermeter to achieve. In the OSIRIS™, the signal is processed so as to calculate and record at the same frequency as the motor’s electrical signal: the signal is therefore recorded regardless of the motor’s speed of rotation, rather than over a fixed period of time. This allows calculations to be made not only statically at a fixed speed but also, and most importantly, in transition at variable speeds. 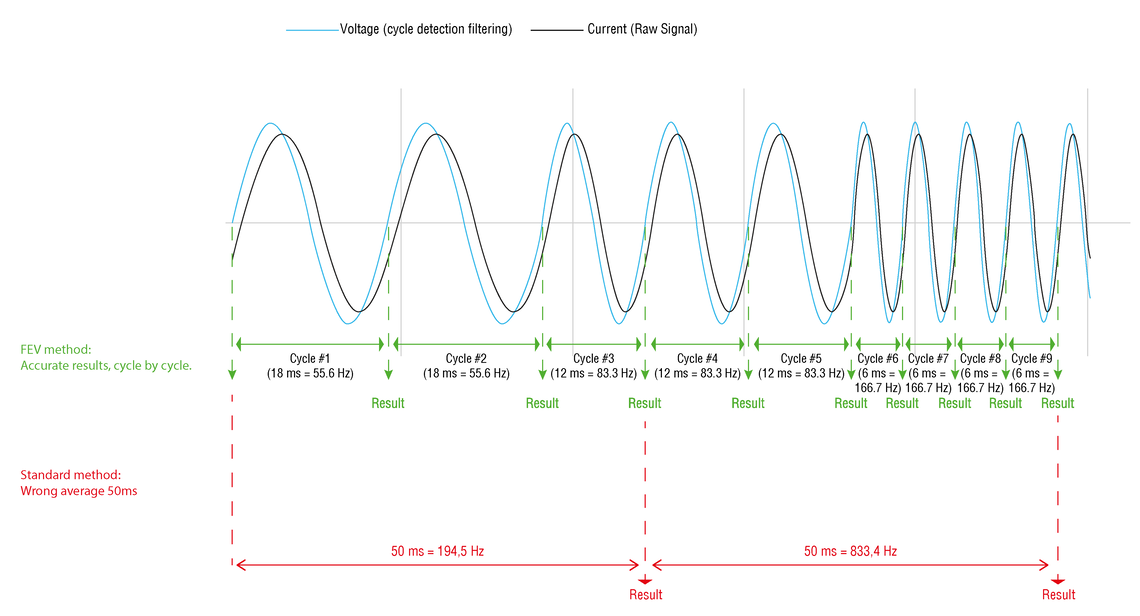 The OSIRIS™ Powermeter takes measurements at different points of the powertrain as demanded by each UUT (Unit Under Test): for example, fixed frequency measurements (50 Hz) at the battery output, or measurements adapted to the 1 Hz to 10 kHz cycle at the inverter output. The OSIRIS™ Powermeter takes the behaviour of each UUT into account. However, it is also able to measure mechanical values (torque; speed) within each motor rotation cycle at the motor output. Because, of course, what really needs to be measured on a powertrain, if not the efficiency of each of its elements? After all, if the torque and speed are not measured at the output, how can the overall efficiency of the system be calculated? 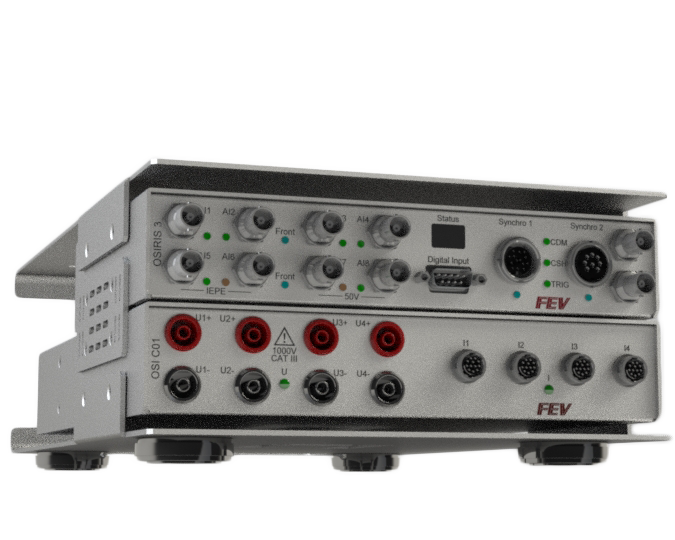 Why does the OSIRIS™ Powermeter take measurements during each electric or motor cycle? Because FEV understands the end requirements, and has been developing and testing motors in its own test centers for over 40 years: e-motor and e-axle test benches in its 8 test centers, 70 battery test benches with climate chambers (some of which are installed in the largest high-voltage battery test center in the world), and 150 traditional test benches. 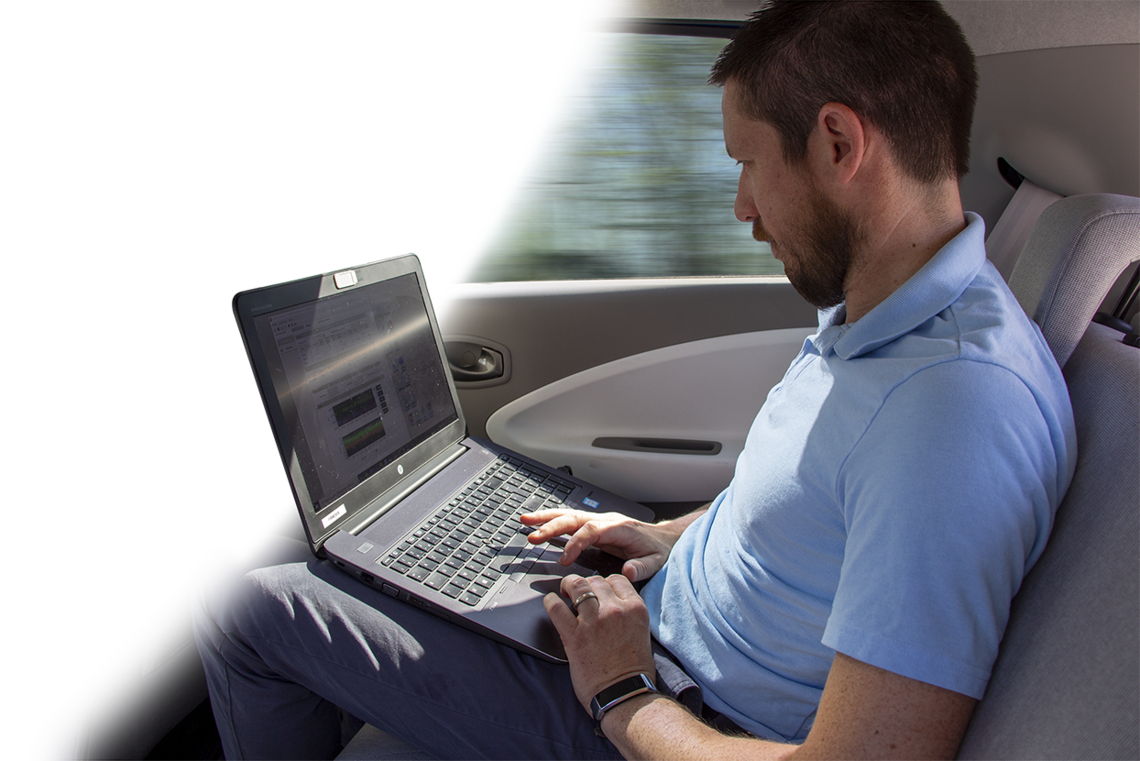 "HOW CAN THE UNIT COST OF THE TESTS AND THE OVERALL COST ACROSS THE ENTIRE TEST CENTER BE
REDUCED?"

"HOW CAN ACCURATE MEASUREMENTS BE TAKEN, DESPITE ELECTROMAGNETIC DISTURBANCES IN THE TEST CELL?"

By benefiting from a flexible system which:

By calibrating the entire measurement chain, including the sensors.

By positioning the measurement modules as close as possible to the UUT (Unit Under Test) with a Gigabit Ethernet link to the control room, then performing the calculations in a unit connected by USB3 to the MORPHEE automation system or to the OSIRIS™ software linked by D-Com to another available automation system.

OSIRIS™ POWERMETER covers all the usual functioninalities of a wattmeter and fits all types of application: e-motor, e-axle, inverter and battery. It performs in real time the usual power measurement calculations used to evaluate the performances at output of converters, and electric motors, such as active power, apparent power, reactive power and the power factor. Whether on board or in a bench, OSIRIS™ can retrieve all the power measurements necessary for the development of your BEV, PHEV and MHEV.

Also, OSIRIS ™ can still be used as a Combustion Analysis System by just using the appropriate conditioning FEV charge amplifier, ACPM module, pressure sensors and FEV Combustion software, that allows to optimize its usage and the budget of testing devices.